Home > Removals Man with a Van in Hampton Wick

Removals Man with a Van in Hampton Wick

Our professional team of movers and packers from Removals Man with a Van in Hampton Wick in will take care of protecting and transporting your household goods.


SPECIAL OFFER
5%
FOR ALL REMOVALS
Get instant quote for Removals Man with a Van service now!
020 3000 7843
About Hampton Wick 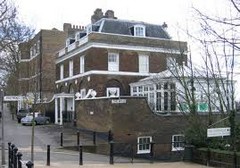 Hampton Wick, formerly a village, is a Thames-side area of the London Borough of Richmond upon Thames, which is contiguous with two other districts, Teddington and Kingston upon Thames. It is buffered by a public green space, one of the Royal Parks of London from Hampton and Hampton Hill.
Economically much involved in market gardens until well into the twentieth century, with its motor and rail connections to London and such business areas as the M4 corridor its population is a mixture of commuters well within the London commuter belt. Its developed area is confined by Bushy Park and Hampton Court Park to its west and the River Thames to its east.