Home > Removals Man with a Van in Hillingdon

Removals Man with a Van in Hillingdon

Our professional team of movers and packers from Removals Man with a Van in Hillingdon in will take care of protecting and transporting your household goods.


SPECIAL OFFER
5%
FOR ALL REMOVALS
Get instant quote for Removals Man with a Van service now!
020 3000 7843
About Hillingdon 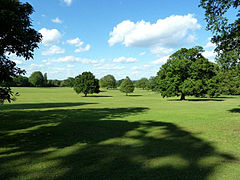 Hillingdon is a suburban area within the London Borough of Hillingdon, situated 14.2 miles (22.8 km) west of Charing Cross. It was an ancient parish in the county of Middlesex that originally included the market town of Uxbridge. During the 1920s Hillingdon experienced a rapid increase in population and was absorbed by Uxbridge Urban District in 1929. It has formed part of Greater London since 1965.
Much of Hillingdon is represented as the Hillingdon East ward within the local authority, Hillingdon London Borough Council. In November 2010, the ward had a recorded population of 12,403.