Home > Removals Man with a Van in Selsdon

Removals Man with a Van in Selsdon

Our professional team of movers and packers from Removals Man with a Van in Selsdon in will take care of protecting and transporting your household goods.


SPECIAL OFFER
5%
FOR ALL REMOVALS
Get instant quote for Removals Man with a Van service now!
020 3000 7843
About Selsdon 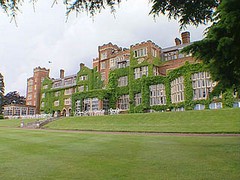 Selsdon is an area located in South London, England in the London Borough of Croydon. The suburb was developed during the inter-war period during the 1920s and 1930s, and is remarkable for its many Art Deco houses. It is also well known for the Selsdon Park Hotel, the venue of a 1970 meeting of the Conservative Shadow Cabinet to settle the party manifesto for the impending general election. Labour Party leader Harold Wilson coined the phrase Selsdon Man to describe the free market approach which was agreed, and the Selsdon Group was later formed within the Conservative Party to campaign for its retention.