Home > Removals Man with a Van in Sydenham

Removals Man with a Van in Sydenham

Our professional team of movers and packers from Removals Man with a Van in Sydenham in will take care of protecting and transporting your household goods.


SPECIAL OFFER
5%
FOR ALL REMOVALS
Get instant quote for Removals Man with a Van service now!
020 3000 7843
About Sydenham 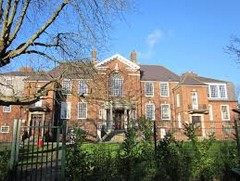 Sydenham is a suburban district of south London in the London Boroughs of Lewisham, Bromley and Southwark. Sydenham was located in Kent until 1889 when the County of London was formed, additionally, in 1965 Sydenham became part of the current London Boroughs. The area was one of the first in southern England to have a railway station, opening 1839 by the London and Croydon Railway. Sydenham is the location where the Crystal Palace from the Great Exhibition was relocated in 1854.Today Sydenham is a diverse suburb with a population of 28,378 in 2011.