Home > Removals Man with a Van in Wimbledon

Removals Man with a Van in Wimbledon

Our professional team of movers and packers from Removals Man with a Van in Wimbledon in will take care of protecting and transporting your household goods.


SPECIAL OFFER
5%
FOR ALL REMOVALS
Get instant quote for Removals Man with a Van service now!
020 3000 7843
About Wimbledon 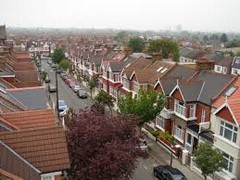 Wimbledon is a suburban district of southwest London, England, in the London Borough of Merton, south of Wandsworth, northeast of New Malden, northwest of Mitcham, west of Streatham and north of Sutton.
It is home to the Wimbledon Tennis Championships and New Wimbledon Theatre, and contains Wimbledon Common, one of the largest areas of common land in London. The residential and retail area is split into two sections known as the "village" and the "town", with the High Street being the rebuilding of the original medieval village, and the "town" having first developed gradually after the building of the railway station in 1838.